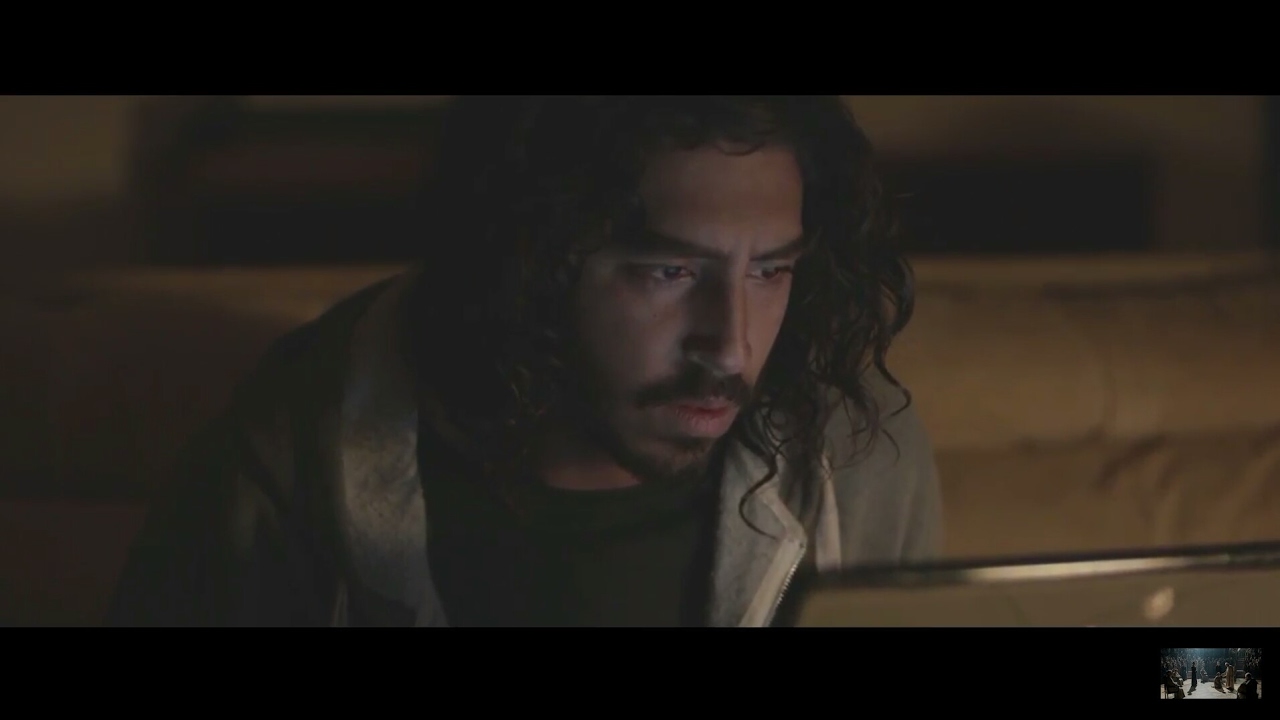 Where is home? That’s the complicated question at the heart of Garth Davis’ film Lion, for a lost, bewildered, illiterate, scared, traumatized, stoically brave, and lovingly gentle 5-year-old boy, Saroo (Sunny Pawar). This little boy accidentally finds himself on a train taking him far, far from home, where he can’t speak the language, and has no one to help him find his way back. As this touching, heart-wrenching, inspiring film unfolds; finding home is what a very determined Saroo Brierley (Dev Patel) will finally do – 25 years later.

Saroo and his older brother Guddu (Abhishek Bharate) set out one night to scavenge for money and food for their fatherless family. Guddu, at first, tells Saroo he’s too little and must stay at home. But a determined Saroo shows Guddu how strong he is. He will be a good helper. Walking towards the train station, they pass a street vendor and Saroo sees his favorite dessert frying, Jalebi. He begs Guddu for a sweet. There is no time or money – but this delicacy will prove to be his first clue to finding his way home.

Night falls and a tired little boy can’t go on. Guddu tells Saroo to nap on a bench by the train tracks and not to move until he comes back. When Saroo awakes, there is no Guddu. An empty train sits on the tracks. Thinking Guddu must be on the train, Saroo jumps aboard and calls for him. The train suddenly starts moving; a panicked little boy’s calls turn to screams. The train is deserted. His screams go unheard.

It’s a thousand miles to Calcutta before the train stops. There, Saroo is a lost little boy with no older brother to protect him, no mother and no family, alone in a strange city, in the midst of people who don’t speak his language. He can’t pronounce the name of his city, he can’t tell anyone where home is. He is only five. He is terrified.

This is trauma. Yet, Saroo is a sturdy and determined boy; a determination that got him into trouble, but a determination and resilience that proves to save him. His strong spirit also makes it possible to put his terror aside; to go on; to adapt, to “forget” that he is scared without his family; and to take in the love of another mom and dad – because he knew love; he is loving; and he desperately needs safety and love.

But memory isn’t put aside forever; and because a five year old has that first mom inside him (Amma, played by Priyanka Bose); he never really forgets.

In Calcutta, Saroo has another long but different journey; first living on the streets; then in a shelter for homeless children; finally being groomed for adoption; by a loving Australian couple, Sue (Nichole Kidman) and John Brierley (David Wenham). He’s off to Tasmania to begin a new life. It’s a happy life, with privilege he never knew; only complicated by the adoption of a brother, Mantosh (Divian Ladwa); traumatized and troubled.

In every adopted child, memory of the first mother lives in the bones and in the skin, in the wrenching separation – and in a past history if adoption is later than birth. Memory exists; even if a good mom comes to take the first mom’s place; even if that baby/child is loved and grows in that new mom’s heart.

Children wonder. Some worry that if they want to know their first mother; to find her; they will lose the love of the mother they have. Some children are too scared to know. Some hide their curiosity. It doesn’t have to be that way.

Saroo Brierley wrote A Long Way Home (2013) to give other adopted children the courage to find their roots: “… in the hope that they would be empowered and educated to know that there is a light at the end of the tunnel … [for Saroo] It wasn’t a matter of needing to right a wrong nor one of wanting to return to where I ‘belong’ … I wanted to know where I came from—to be able to look at a map and point to the place where I was born—and to throw light on some of the circumstances of my past.”

Adoption sometimes carries questions: Why was I given up? Was I not wanted? Wasn’t I good enough to keep? Tracing origins and learning birth stories can quiet feelings of abandonment. Being wanted – that’s the most important thing.

In one touching moment in Lion, while Saroo is searching for answers to his past, he says to his mom: “This has been too hard for you, I bet you wish you could have had your own children.” Sue tells him it’s not that she couldn’t. She was a sad, lonely, depressed teenage girl with an alcoholic dad. Walking in a field one day, she saw an image of a small brown boy coming towards her. She had a reason to go on. When she married, she told John: “there are already enough people in this world.” John agreed. Adopting Saroo and Mantosh was her choice. They are the children she was meant to have.

As much as Saroo’s story speaks to the important subject of adoption, it also shows that early trauma can’t be shut out forever.

Trauma reemerges in vulnerable moments. Over the years, Saroo’s memories returned in dreams and strange out-of-body experiences. Traumatic memories come in subtle pictures; or through intrusive waves of strong emotion; flashbacks that are set off by a powerful reminder. Spotting a plate of Jalebi stirred Saroo’s trauma and put in motion his need to find home.

He was at a party with fellow students from the Australian International Hotel School in Canberra. In the kitchen on the counter in front of him was that sweet sticky Indian delicacy he’d longed for in the marketplace the night the train took him away from home.

Jalebi, the very sight of it, abruptly transported Saroo back to his five-year-old-self, lost, terrified, and alone in Calcutta. Emotionally, and for the first time, he told his friends his story. When one friend suggested he could find home by using Google maps, Saroo became single-mindedly focused; overtaken by the sadness and desperation he’d had no other choice but to put aside.

For many months, an unsettled but determined Saroo withdrew into a room in his parents’ home. With a map on the wall, his computer, his memories of the train station and of various places he’d played as a little boy, Saroo used Google Earth to trace his way back. He was secretive; scared his parents would be hurt and wouldn’t understand. When he finally told his mom, she did.

What Makes a Mom?

Lion ends as Saroo walks the old pathways he walked as a child; walking home 25 years later. With the help of a photo taken as a little boy before he went missing and an English-speaking neighbor, soon his beloved Amma, is coming towards him. She knows him immediately. Tearfully, they hug.

Yet, she isn’t his mom now. She’s his first mom; his birth mom – but his life isn’t with her anymore. Saroo’s separation from his Amma was abrupt, wrenching, cruelly traumatic – a great loss for them both.

But, a mom’s love isn’t biological. Love is about the connection made/the attention given/ the time spent raising and caring for that child. Sue Brierley knows. Nichole Kidman knows. Moms of adopted children everywhere know. Most importantly: their children know.

Saroo (originally, Sheru), like the courageous lion he’s named for, finds his birth home in Ganesh Talai, Khandwa, Madhya Pradesh, India; but he knows that his real home is in Hobart, Tasmania, Australia; with his parents, Sue and John, in the place where he grew up. In spite of his trauma, Saroo is fortunate. He knew love as a small child. He reconnected to his roots. Most importantly, he has Sue; a giving mom who wanted him; loves him; and was openly accepting of his need to find home and his other mom again.

That’s what makes a mom, isn’t it? To be able to help your child find a home in his (or her) unique needs, separateness, and individuality. That, to me, is the most beautiful kind of love.

This piece is dedicated to my beloved daughter, Ariel. We watched Lion together and cried.