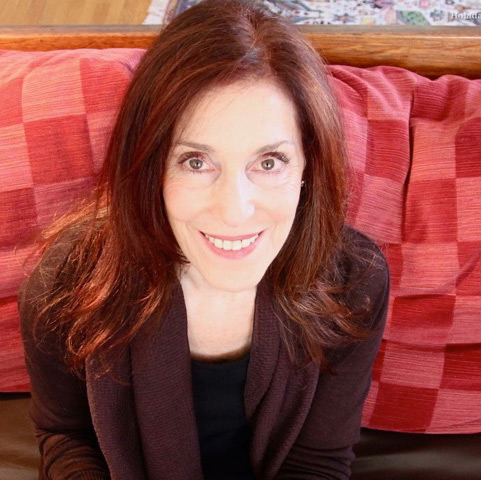 I’ve had over 36 years of clinical and psychoanalytic experience working directly and intensively with a variety of difficult psychological and life struggles. I apply this understanding to helping directors, writers, and actors, think deeply about their characters. Psychologically troubled or complex characters pose a challenge to portray and write about in a believable way. My psychological work comes in handy when the portrayal of a character or a complex set of life circumstances just doesn’t seem to hold together.

Creating characters that work is all about psychology

You know that as well as I do. As directors, writers, and actors – whether you’re working on a film, TV episode, a script, or a character – you invest a lot of energy in taking the psychology and emotional motivations of your characters seriously. Yet, don’t you wonder why some characters work easily and some don’t?

Here’s the short answer, but my entertainment consulting can give you a longer one: it’s not only the psychology of the characters that come into play. It’s also about your own psychology, mixed with understanding and connection.

When you resonate with a character and know them through and through to their greatest emotional depths, they come alive. But, what if they don’t? What if the character you’ve invested with so much meaning falls flat? Or doesn’t seem as real as you expected or need it to be in a table read or in rehearsal on set?

What’s getting in the way? All of us are emotionally multifaceted. And, so are the characters you direct, write or portray.  Unconscious motivations are the key.

Psychologically troubled or especially tricky characters (with either their immediate film circumstances or the past that brought them there) pose a challenge to make believable. Sometimes you might not know or understand enough about the particular psychological disorder you’re depicting, so your blind spots can interfere.

How do you work this out? That’s where I come in:

A new and different psychological eye is helpful

I’m a clinical psychologist and psychoanalyst, with over 35 years of experience working intensively with a variety of difficult psychological struggles. I use my experience and understanding of such complex states to help directors, writers, and actors, think about and develop their characters from all possible psychological angles.

Film and TV are the best mediums to portray universal psychological experiences. We come as viewers not just for entertainment but to understand ourselves and others in a deeper way. We’re curious about what we don’t know; we want to have those “aha!” moments. And, to know about dark and tragic experiences that might not be our own.

I began to write about film characters many years ago when I found myself watching the first six episodes of Star Wars over and over with my kids. As a psychologist and psychoanalyst, I became intrigued by what led young Anakin Skywalker to turn to the Dark Side and ultimately become Darth Vader.

I’m sure we’ve all pondered the reasons why he couldn’t resist the seductions of Chancellor Palpatine (AKA Darth Sidious?) We can judge him for “making that choice,” but it isn’t that simple. Any more than any of the “bad decisions” we or others have made, for reasons that often seem either confusing or just plain wrong.

None of us do it on purpose. There are unconscious reasons, even if we aren’t aware. One of my specialties is childhood trauma. And for Anakin, turning to the Dark Side was motivated by a desperate need to have power over his terror of loss. We see these complex “motivations” in many characters. And, they can help us see our own.

We watch characters struggling with difficult pasts and we see something new in our own reactions. There are love situations that don’t work. We feel sadness for our losses and have a chance to understand more.

We watch characters get into trouble because of their traumas. The anger we aren’t allowed. We see characters fall apart. Sometimes of these breakdowns work and we’re right there believing every moment.

Here are some good examples of situations that work: Olivia Coleman’s infantile, demanding, tantrum-ing, insecure Queen Anne in The Favourite and the envy of two women vying for her favor.

Bradley Cooper’s troubled, alcoholic Jackson Maine in A Star Is Born, fearful of losing love and driven to suicide due to the infant trauma of his mother’s death at birth.

Or the two very different women in Alfonso Cuarón’s Roma, expressing grief and betrayal quite differently. Yet, their ways are consistent with their characters and psychologically believable. We have Cleo (Yalitza Aparicio), who mostly goes numb; trying to walk through the eye of the hurricane with her usual calmness; untouched.

Then there’s Ms. Sofia (Marina de Tavira). She’s never been calm; with chaotic feelings, she can’t contain. Sofia feels only anger; anger Cleo can’t feel. Anger is part of grief, but Sofia falls apart by lashing out and blaming others; a way to get rid of her sadness, and hurt.

All of these characters psychologically work. But, what happens if, for example, a psychological breakdown isn’t consistent with the character’s already developed personality? Let’s take Woody Allen’s, Blue Jasmine.

Jasmine’s character didn’t hold up for me. I know Cate Blanchett won Best Actress for her portrayal of Jasmine. But, I saw the film twice. And both times I thought, yes Woody Allen has had a lot of psychoanalysis. But he just didn’t get it right.

A woman who avoids her real feelings through pretenses and how she “appears” is highly unlikely to pop Xanax after Xanax in front of anyone and everyone —especially Dwight Westlake, the diplomat Jasmine is desperately trying to impress. Even if she’s starting to unravel.

Getting a character from A to Z

Most of the time, a director’s, writer’s, or actor’s sensitivities, research, and own life experiences carry them through. Yet, no two people (or characters) respond to their histories or traumas or losses in the same way. And stumbling blocks in the psychological consistency of certain characters can occur.

It happens. You might come across a character that gets you stuck. You can’t seem to make your character’s history or motivations connect. Or maybe the emotion you think is coming through doesn’t work or seems either underplayed or overdone.

My psychological training can be useful when a character with a complex set of life circumstances doesn’t seem to hold together. I can help make these characters real and relatable. Or, so dark and horrific they draw a fascination that can’t be matched.  Another set of eyes (especially with specific clinical experience) isn’t a bad idea at all.

There’s nothing worse than being right on the edge of success and hitting a roadblock. I can help you through. Email me at sandracohenphd@gmail.com or call me on my office line at (310) 273-4827. Let’s talk. Together we can make your films, TV episodes, writing, auditions, and character (s) work.