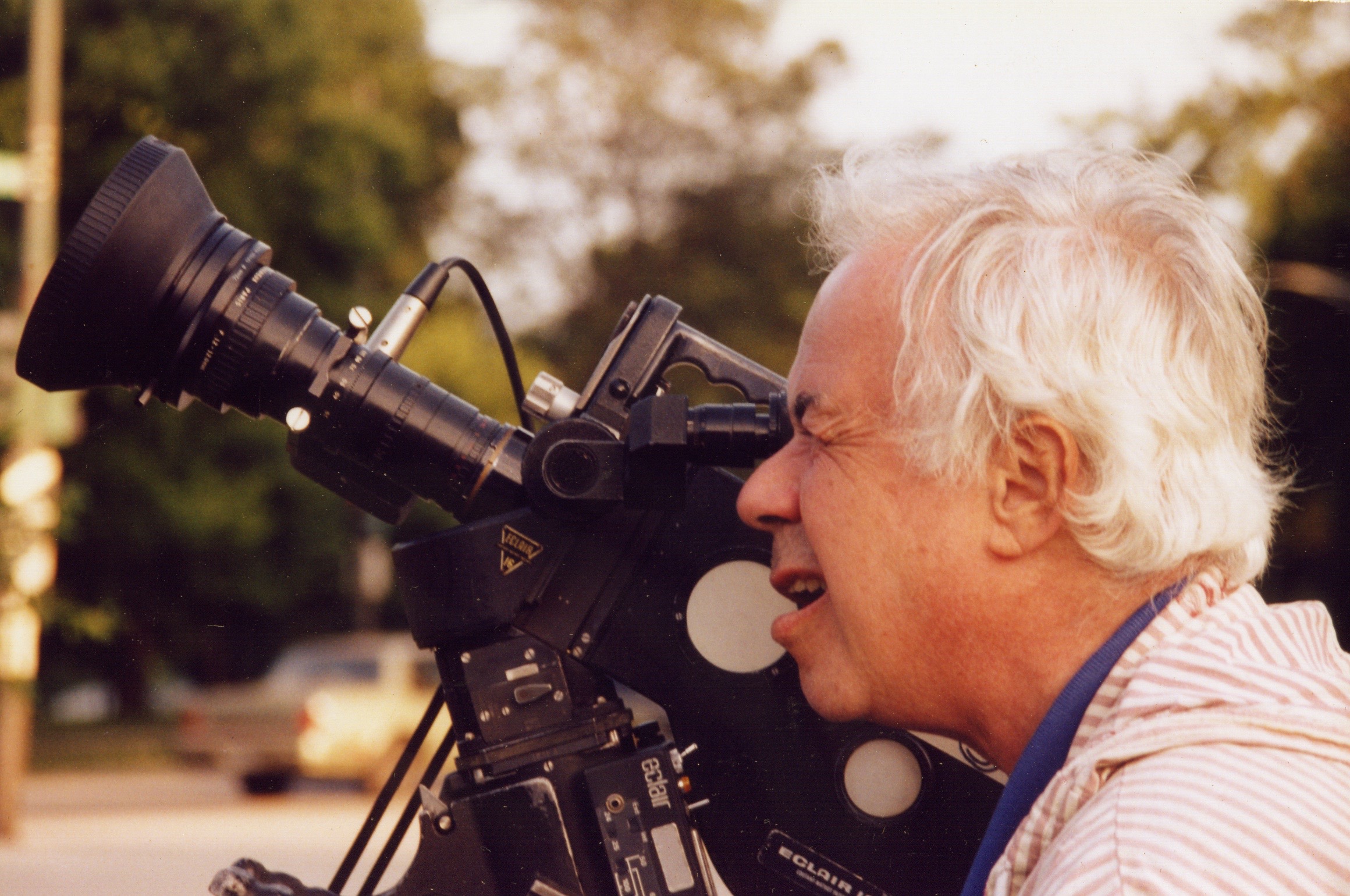 In 1968 Leo Hurwitz and Manny Kirchheimer filmed an early version of Cezanne’s Still Life with Apples, to be called Journey into a Painting at the Museum of Modern Art for the American Federation of Arts. Unlike that film, the expanded Discovery in a Painting, made from the same materials, would be voiceless, the images would simply flow to reveal through framing and editing the intimate interior of the artist’s world. There would be no one but your own sensibilities to guide you.

Writing notes like, “I see what an intense and penetrating eye gives back through paint: the warmth of existing things, the arranged choreography and interrelationships of the shapes and colors of the object; the harmony of all . . .,” Hurwitz edited the film without any sound. To edit MOS (mit-out sound) was common back then. After all, what sound would one have recorded while shooting a painting? Now he needed to finish the job, build the score.

He tried short pieces of music–lengthy pieces would go their own way after a while, creating a fork in the concentrated filmic experience. He could easily determine the start of a piece, but then the music would end at a random point in the film, leaving an explosive silence that seemed to indicate a special significance where there was none. He tried this over and over again with different music. He would let the problem lie for a time and come back to it with no better result. Hurwitz died in 1991 without having finished his film.

Manny Kirchheimer, Hurwitz’s longtime colleague who originally shot the film, thought about the problem over the course of many years, finally taking up the gauntlet in late 2013. Without altering any of Hurwitz’s editing he chose somewhat longer music so he could control the endings by fading, interrupting or merging with other pieces. Between the excerpts there would be a variety of sounds of a museum, so the occasional absence of music would have a softer landing. The results seem to allow the viewer to pass through the film undisturbed.

Hurwitz wrote, “I have shared Cezanne’s taking of a small item of existence seriously, digging deep in it, and ‘seeing a universe in a grain of sand,’” He brings up memories prompted by the painting and, he notes, “ it serves to affirm myself.”