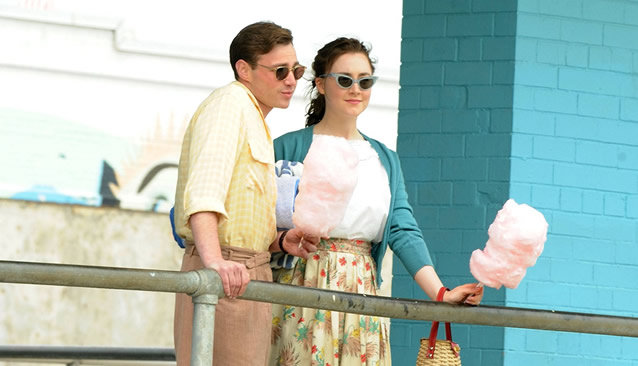 Has it really been 4 years since John Crowley and Nick Hornby’s film, Brooklyn, hit the big screen? And, why is it still a movie that speaks to us and that we keep going back to? Is it because it’s the versatile and talented Saorise Ronan’s first major film? Or because we all know, somewhere deep inside us, our own journey away from our original homes? What is the appeal? I think it’s because Brooklyn tells us so much about what can go wrong between a mother and a daughter, about a young girl’s early pain, pain that persists. And, about how love can provide a new and healing home later in life. There’s no question that “Home is where we start from” – and that early home has a big influence on our whole adult lives.

That truth – is the title of one of psychoanalyst, D.W. Winnicott’s books. And, also, the subject at the heart of what transpires in every psychoanalyst’s office: the unspoken impact our families have on how we develop. What happens to us in those environments sets the tone for the differing separation struggles we see in young people, including Eilis Lacey (Saoirse Ronan), a young immigrant and the main character in, Brooklyn. For Eilis, an Irish girl transplanted to Brooklyn in the 1950s, the severe homesickness that settles in, after she arrives, arises out of the emotional residues of a difficult mother. Yet, finding Tony (Emory Cohen) means finding a real home in Brooklyn and in his arms for her injured heart.

Eilis is suffocated by her mother; the only parent (Jane Brennan) she has. Her father died long ago, leaving them, and her older sister Rose (Fiona Glascott), alone. What kind of father he was is a mystery. What isn’t – is that Eilis’ mother makes both girls believe she can’t live without them. They live with guilt about wanting their own lives. Is this partly the culture of a small Irish town? Maybe, but likely not. And, anyway, a needy mother imposes great difficulties for her daughters.

A needy mother falls quite short of being a “good enough” one. In his work and studies, Winnicott understood very well what makes a mother good enough. And, it isn’t a total focus on her child. It means being sufficiently attentive to a child’s feelings and needs. Frustration is there, of course. That’s part of life. And no mother can or should be “perfect.”

But, from everything we find in Brooklyn, Eilis’s mother is a woman exclusively focused on her own needs. Which means there is little, if any, room in her mind for Eilis or Rose as separate from her.

Alice Miller, in her book The Drama of the Gifted Child: The Search For The True Self, tells us about the devastating effects of a mother who demands sacrifice of her child’s independence and personal feelings: “A child can experience her feelings only when there is somebody there who accepts her fully, understands her, and supports her. If that person is missing, if the child must risk losing the mother’s love … then she will repress emotions.”

Yes, that mother is missing for Eilis – and to leave the mother she has, with her possessive demands, is an almost impossible task. Eilis does go to Brooklyn with the help of her sister, Rose. But repressed emotions, she has. And, they always result in symptoms.

The Roots Of Homesickness

Eilis’s symptom is homesickness; a term used a number of times in the film. Yet, what is homesickness, really, for Eilis?  The best way to understand homesickness is by calling it “separation anxiety.” How could Eilis not be anxious about trying to separate from a mother who doesn’t want to let her go?

Every symptom has its roots. When Eilis embarks on her transatlantic crossing, the journey is lonely and scary. Leaving is what every child must do. But, doing so is always accompanied (even in the best circumstances) with many conflicting feelings. Worse for Eilis, she knows her mother doesn’t wish her well.

And so, Eilis is left with fears she must battle inside herself: fear of her mother’s total rejection, of her own unconscious anger at not being supported, guilt about leaving, and confusion about whose needs are most important.

When homesickness settles in, those repressed feelings are at the root of it. Luckily, she’s surrounded by caring people – Father Flood (Jim Broadbent), Miss Fortini (Jessica Pare) her manager at Bartocci’s Department store, the girls at Mrs. Kehoe’s boarding house, and Mrs. Kehoe (Julie Waters) herself. But, especially Tony, the young Italian plumber she’s fallen in love with. Yet,  although she couldn’t do without this support, it’s not enough.

Homesickness can be intolerable. Every minute away from home feels like an eternity. The only obvious answer, it seems, is to rush back to what’s familiar. Especially when the guilt about leaving home and mother are all too extreme.

It doesn’t help that she has Miss Kelly, her cruel ex-boss in Ireland, in her head. You see, before Eilis left for Brooklyn, Miss Kelly (Brid Brennan), also the town busybody, tried to shame Eilis for leaving Rose alone to care for their mother.

Eilis, of course, has her own misgivings and Miss Kelly takes residence in her mind as the voice of those self-criticisms and doubts. Such internal voices can be almost impossible to shake.  For Eilis, that voice might say: “How dare I? I’m a bad uncaring daughter. How can I think of doing something entirely for myself?”

To make matters worse, behind Eilis’ already-guilty thoughts is an insecure attachment, the kind Alice Miller writes about: “If I don’t take care of Mother, she won’t love me anymore. I’ll lose her completely.”

When Rose suddenly dies and she hears her mother’s actual voice on the phone, Eilis’s guilt and anxiety are all too real: “When your father died, I told myself I shouldn’t grieve too much because I had the two of you. When you left, I said I had Rose. Now I have no one, Eilis.”  No one rings in Eilis’s ears. If she doesn’t come home.

She must return to Ireland for a while, to satisfy her mother, mourn Rose (the sister she loved and adored), and to discover who she is. At Tony’s insistence (and out of his fear of losing her), Eilis secretly marries him before she goes.

Yes, Eilis is married. Yet, “home is home.” Loving Tony becomes a part of what pulls Eilis between two different worlds: Ireland, the old repressive homeland that forces her to live a stifled life. Versus Brooklyn, a new world of possibility: a chance for personal growth, freedom to feel, and Tony’s love.

What Home Is & What It’s Not

Going back to her roots, Eilis now must sort out where she truly belongs and what she wants. That means facing what home is and what it’s not. Breaking free of a difficult mother isn’t easy. The familiar has its comforts. For Eilis, that means living with her feelings safely buried and unknown. Loving Tony stirs old worries about love. Will she be rejected because of who she is? Like her mother, does he care about her needs or only his own?

Back in Ireland, Eilis is quickly pulled into the already known. The whole town (we could also say, the comfort of her old familiar life) seems to conspire to keep Eilis there. Her sister’s job could be hers. Her best friend Nancy (Eileen O’Higgens) tries to entice her with a young man named Jim Farrell (Domhnall Gleeson).

He “came along just in time for us,” her mother says. That “us” is the tie that’s meant to bind them. And no one knows about Tony (or how Eilis truly feels).

But, nosy conniving Miss Kelly has her sources. They’ve given her “the word” from America. She threatens to expose Eilis’s secret. Yes, blackmail it is, yet it helps remind Eilis of something she’s forgotten: “I remember how this town is.”

This town is Eilis’s conflict of loyalties, the urgent appeal, and manipulation of life as it was. Especially in her guilt about leaving it. It is the pressures inside her not to change; against thinking for herself, doing what she wants, figuring out what kind of life is hers. Because it all carries a terrible risk: losing what there is of her mother’s love.

After much internal struggle and unhappiness during her stay in Ireland, Eilis tells her mother the truth about Tony and the life she has in Brooklyn. It’s a big risk. For good reason. No, hers is not, in Winnicott’s terms or anyone’s, a “good enough mother.” Eilis has Tony, she has love – but she does not have a mother.

In no uncertain terms, if Eilis’s life isn’t the life her mother wants her to have, she will hear nothing of it. And, she not only says goodnight to Eilis but a very final goodbye. She’ll have the last say; turns her back and, essentially, leaves Eilis before Eilis leaves her – to return to Brooklyn the next day.

It’s just as Eilis feared. She’s lost her mother completely. Standing up for the life she wants, needs, and deserves takes great courage. Leaving home for the second time (especially with the loss of Rose and Rose’s support) is a devastating choice for a girl whose mother has turned against her.

This rejection is not healthy. Or reasonable. It’s not what a daughter needs. But, Eilis finds her strength. Having traveled already to Brooklyn and back, Eilis has the resolve and the willingness to lose her mother in order to live the life she wants. Separation, having one’s own life, is, after all, one of life’s major goals.

It’s best to have a mother who wants and supports that. But, if not, it is possible to go it alone, especially with the love of Tony (and others in her life). By getting back on the ship to return to Brooklyn, Eilis stands up to the voice in her own mind that tells her not to. That creates guilt. In doing so, Eilis accepts all the feelings that are hers.

And, Eilis now knows without a doubt that home is with Tony. She’s let herself love; she’s not alone.

Sorry, the comment form is closed at this time.