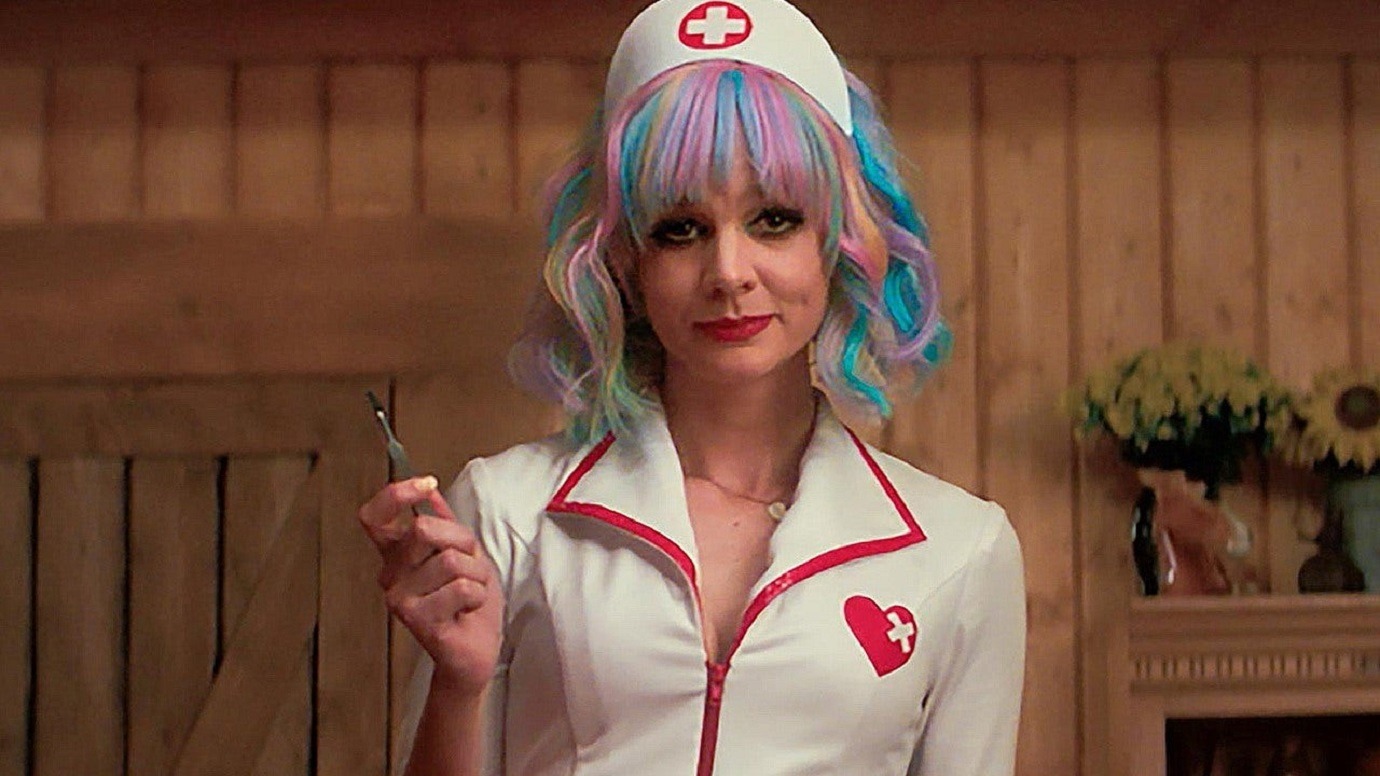 Cassie lost her very best friend (and only true soulmate) to suicide. Why? A violent and repeated rape seriously traumatized Nina and she couldn’t go on. And, no one listened. No one saw the rape as rape and no one blamed the rapist. It makes sense, doesn’t it, that Cassie can now think of nothing else but getting revenge for Nina’s rape and death? Yes, Cassie, in Emerald Fennell’s brilliantly disturbing and evocative Promising Young Woman, shows us just where trauma-driven obsession takes you. It’s not pretty or healing. In fact, Cassie’s obsession is another kind of suicide. Here’s why …

What Being Ignored (& Dehumanized) Can Do

Cassie’s been ignored ever since her best friend Nina was raped at a party in Med School by Al Monroe (Chris Lowell) a narcissistic fellow Med student, while other men watched, egged him on, making it sport, doing nothing to help. This included Cassie soon discovers, now-doctor Ryan (Bo Burnham), who she might otherwise have loved.

Rape itself is the ultimate of being ignored; ignoring the personhood of the victim; dehumanizing and using her; violating her, and irrevocably traumatizing her for his own violent “pleasure.” And, this Cassie cannot and will not let go. Nina was a wonderful person.

No one seems to care. No, no one listens. Not the Dean of Students who can’t remember Nina’s name. Not the other drunk men who got a lot of laughs out of what Al Monroe was doing. It’s that same old story of “she must have done something to invite it.”

So, Cassie makes it her mission in life to teach all the men who think nothing of preying on vulnerable women a lesson. Nina’s rapist got off scot-free, living the good life Nina can’t have. Well, not in the long run, not if Cassie has anything to say about it.

Being ignored is damaging. The fact is, this isn’t the first time Cassie’s been ignored, only adding to her rage. Witness her oblivious mom (Jennifer Coolidge) and “well-meaning” dad (Clancy Brown). She’s known all too well what it’s like for people not to “get you.” That is until she found Nina.

Losing the Only One Who “Gets You”

When you find someone who “gets you,” you don’t want to lose them. It’s that special connection that’s sometimes missing in childhood, one that Cassie had hungered for.

How can you possibly go on without the best part of yourself? The only person who made you feel real or alive or wanted? That’s what Nina was for Cassie.

Nina was everything Cassie never felt she was.

Yes, Nina was confident, Cassie’s not. Nina was a brilliant med student, always wanting to be a doctor. Cassie followed in her footsteps, to be with her, not knowing who she was.

Cassie’s lack of confidence made her not believe in herself. That, Nina, did for her.

Oh, Cassie’s smart, don’t make any mistake about it.  Not seeing yourself that way isn’t a good thing. But, now, Cassie will use her smarts to create lessons for all the men in the world who think women are their playthings. Cassie’s very good at that.

The “Ins & Outs” of Having an Obsession

Having an obsession means you can’t get a particular idea out of your mind. Sometimes it torments you. Or, worries you. It might enrage you or terrify you. Sometimes an obsessive idea pressures you to act on it. Then, it’s a compulsion too.

That’s what Cassie’s obsession with teaching men a lesson is all about. She’s cunning, conniving, and downright tricky. In fact, she knows just what will draw them in. Make them think you are vulnerable prey; drunk, helpless, and very, very pretty.

So, Cassie gets even seemingly “nice” men, to play knight in shining armor, and they invariably try to take advantage of her “intoxicated” state, of course. Then she moves in.

Suddenly, she’s stone-cold sober, since she was never drunk at all. She asks them, point-blank, what they think they’re doing. She’s so piercing and scary, they run for the hills.

There’s nothing else on Cassie’s mind. She gave up Medical school to take care of Nina. Nina killed herself. Now she’s on a mission of revenge. It’s the only use she has for men.

Love Could Help Cassie – Why Doesn’t It?

Cassie doesn’t trust anyone, especially now, especially not men. And, love is no simple thing, even when Ryan, her old Medical School classmate, comes along.  He’s “nice” (it seems), funny, charming, a pediatric surgeon now, and he’s always really liked her.

Yes, even the distrusting, revenge-obsessed Cassie can be swayed into hope; hoping that there might be a man who’s different, who doesn’t just want to use her for sex.

When she’s drawn away from her late-night revenge-obsessed seductions and “lessons,” she and Ryan are falling in love. Witness the adorable scene at a candy-colored pharmacy – where the two lovers sing and dance to Paris Hilton’s “Stars Are Blind.”

Well, love can be blind. But not for long with Cassie’s distrust always on high alert. And, when, while hunting down Al Monroe, she’s given a videotape of Nina’s rape, she discovers that Ryan was there – and didn’t step in to help. She immediately ends it.

For Cassie, there is nothing that’ll ever be forgivable about what happened to Nina.

Why Cassie Sacrifices Herself, at the End of Promising Young Woman

Betrayed by love again (first by her parent’s sad ineptness), she’s even more bent on the vendetta that will make Al Monroe pay for what he did. There’s no question in her mind, why should he get married, be a successful physician, have the happiness that he took away from her beloved Nina?

He won’t, even if it means dying herself. She knows if she invades his bachelor party, poses as the stripper if she confronts him for what he did, she might be killed herself.

It’s worth it. Her plan is airtight. Yes, Cassie’s smart. The sad thing is: this Promising Young Woman’s obsession uses her brilliance for revenge, not for personal success.

Cassie’s got it all mapped out. Clues are left about her whereabouts just in case she disappears. And, when she’s dead, a prescheduled text pops up on Ryan’s phone: “You didn’t think this was the end …? It is now. Enjoy the wedding! Love, Cassie & Nina.”

Her plot materializes, her burned body is found (burned by life and loss), and Al Monroe is arrested at his own wedding for her murder. Her obsession is a success! Or is it?

Maybe, in a twisted way, Cassie gets what she longs for, to be with Nina again.

But isn’t this the saddest ending? That Cassie never got enough, when it came to love and self-respect, to save her own life even if she couldn’t save Nina’s?

So, where did this lead her? Having to avenge her loss and prove the horrors of rape culture meant, in Cassie’s obsession, committing suicide herself.